Breast cancer in men is not common but does occur when malignant cells invade the breast tissue. It can develop in men at any age, with the average age at diagnosis between 65 and 70 years.

Though a lump may seem easy to feel because men typically have less breast tissue than women, they may ignore breast changes or not report them to their doctor because they don’t realize they are at risk. As a result, breast cancer in men is often diagnosed at a late stage. This delay in diagnosis can allow the cancer to spread to lymph nodes under the arm or around the collarbone, even before the original tumor in the breast tissue is large enough to be felt. 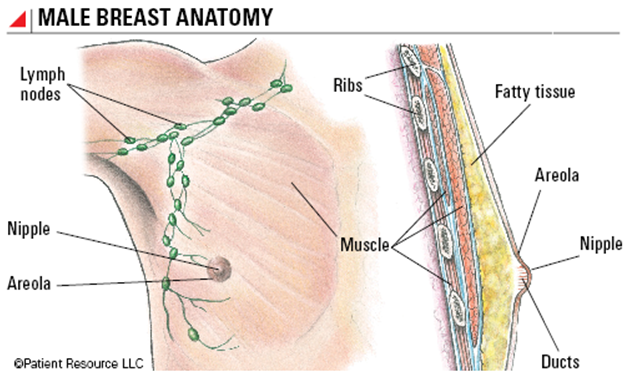 Most breast cancers in men are hormone receptor-positive, which means the growth of cancer cells is stimulated by estrogen and/or progesterone. Some common treatment options may include the following:

When you learned about your diagnosis, your shock may have been compounded by embarrassment at having what is traditionally known as a “woman’s disease.” Realize you’re not alone, and your feelings are valid. Discussing them and comparing notes with other men who have breast cancer can be immensely helpful. Talk openly with your medical team about support groups and other resources.