Even one other survivor can provide hope to keep going 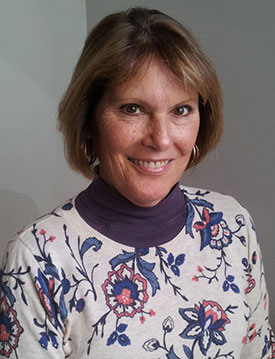 When I was first diagnosed with Stage IV hepatocellular carcinoma, a nurse practitioner who worked in my liver surgeon’s office said to me, “We have someone working here who had the same thing you have, and she’s been in remission for five years.” That was all I needed to hear, that one person had survived. I had hope.

I was 50 when I was diagnosed. I worked full time as a licensed practical nurse. I was a busy mom and wife. I ran marathons. But I had been having a severe pain in my right lower back, and for several months I had been very tired.

A persistent low-grade temperature in combination with the back pain convinced my doctor to evaluate me for a kidney infection. All tests were normal, but he also ordered a CT scan. To the surprise of us all, the scan showed that small abscesses covered two-thirds of my liver. I had been through interferon therapy in 2003 and 2005 because of a hepatitis C infection but was told that the interferon would safeguard my then-healthy liver from cancer. I found out differently.

My fever persisted and pain continued as we went to numerous appointments. At one emergency room, my husband and I were shocked to learn that my alpha-fetoprotein (AFP) level was 77,000 ng/mL. (Normal is zero to 40.) This blood test can also serve as a liver tumor marker.

Subsequently, a liver biopsy was performed. One of the doctors advised me to run – not walk – to the hospital to see the expert surgeon who did liver transplants. He knew the odds weren’t always great for liver cancer survival.

I came to have such faith in this outstanding liver surgeon. He wanted to resect two-thirds of my diseased liver, and a second opinion confirmed his recommendation. When he opened me up, however, the cancer had spread to the lymph nodes and he couldn’t do the resection.

So he took a new approach, and I had the first of three chemoembolizations (a method of delivering a large chemotherapy dose directly to the tumor), which immediately relieved my pain. Unfortunately, this caused one of my lungs to collapse. After several tense days, a thoracic surgeon drained the fluid from my lung, and I felt much better. At the follow-up visit, this doctor noted that my AFP level was now 1,200. He looked at me and told me that I might just beat this.

The process had been devastating, but I was headed in the right direction. I ignored statistics and was determined not to leave my 14-year-old daughter that early.

Next was six months of systemic chemotherapy followed by two additional chemoembolizations. My AFP level continued to decrease, all the way to 15. It wouldn’t go lower, so shortly after, I was prescribed a newly approved treatment for liver cancer. My AFP level then stabilized to zero in the next six months. I had one last treatment, radiofrequency ablation, which essentially destroyed any remaining tumor cells.

I knew if I could just keep going, they were finding new and improved treatments all the time. After all, the drug I was taking wasn’t even approved when I was diagnosed. I also found that optimism and my spirituality through my 12-step work were crucial in my journey.

It’s so important to have good information and, if possible, to have an active partner in the fight. I couldn’t have fought it alone. My husband was so diligent in gathering information about my type of cancer as well as my tests and treatments that it most definitely affected my recovery. I’ve now been cancer-free for more than five years. I am in the small percentage who beat this cancer, and you can be, too.