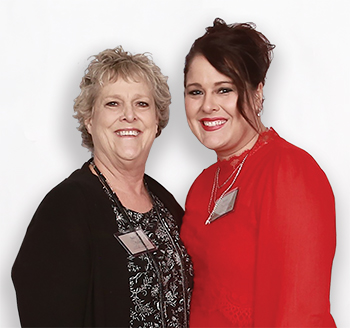 Heart disease – not breast cancer – ran in Sally Deghand’s family. Thus, her diagnosis at age 57 of Stage III triple negative breast cancer was quite a surprise. However, she met the challenges of treatment head on and is now cancer-free and happy to share practical advice with others who find themselves in a similar situation.

I spent a lot of time caring for my elderly parents while working full time. After my dad passed away, my mom was diagnosed with Alzheimer’s disease. It was a hectic time, so my annual mammogram was three months late. After getting abnormal results, my doctor scheduled a sonogram and then a needle biopsy. Shortly after, I was driving my dog to the vet when a nurse called. She realized I was driving and hesitated. I knew the results weren’t good. I got right to the point and said, “So, I have cancer. What do we do now?”

The diagnosis was triple negative invasive ductal carcinoma and would require multiple treatments. As I had them, I learned a few things that I offer as advice to anyone facing a cancer diagnosis:

Very soon after diagnosis, I had a mastectomy to remove my left breast. Initial biopsy results indicated the cancer was contained in the two tumors in my left breast, with no lymph node involvement. Later on, after reading the full pathology report, my doctor discovered one of the two tumors encapsulated five or six lymph nodes. A panel of doctors was undecided as to whether an axillary lymph node dissection was needed.

I had eight weeks of a strong chemotherapy nicknamed “The Red Devil” after my first surgery, followed by 12 weeks of another type of chemo. I’d had a port installed but it continually clogged, so it was removed during my second round. From then on, all chemo was administered intravenously. I was given another chemo simultaneously. I took it for 12 months. I had an EKG every three months to see if my heart muscle was being affected, a side effect they neglected to mention.

I had a fear of developing lymphedema, so I really didn’t want the axillary lymph node dissection. After seeking a second opinion, my new oncologist felt I should, so I did. The doctor removed some lymph nodes but didn’t find more cancer. My body didn’t react well to the second surgery. I needed many drain tubes to finally stop the drainage after several months.

I left work at 1 p.m. every day to drive more than an hour for each radiation treatment. It was worth it because my new radiation oncologist is an angel on Earth. I later found out he is world-renowned for his breast cancer treatment research. Not only did he treat me like I was his only patient, he thoroughly reviewed my case, explained everything and did not make excuses for the mistakes made by others. Under his care, I had five more weeks of radiation therapy, and my skin never even turned pink. I hope I never need cancer treatment again, but if I do, he will be involved from the very beginning.

Overall, my treatment lasted about 16 months. The day I started losing my hair stands out as my worst day. Most of it fell out in the shower. As I was leaving for work, I realized I didn’t have my garage door opener. I ran to jump over the garage door’s electric eye. As the door closed, I hit my head on the bottom of it, fell, skinned my knee, tore my jeans and lost a shoe. I was lying there in the rain with my dog on top of me. We looked at each other, then she followed my gaze to my shoe. She grabbed it and took off, and I had to chase her to retrieve it. After finally pulling out of the driveway, I cried for three miles before making myself stop so I could put on makeup at stoplights.

The best day was receiving the results of the genetic testing I requested. It was a huge relief to learn I did not have the cancer gene to pass on to my daughters or granddaughters.

Today, I’m cancer-free. I continue to get annual checkups, and I enjoy spending time with my animals and my family.