You’re Sronger Than You Think 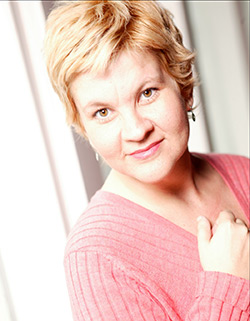 My cancer was discovered after a routine mammogram came back abnormal, resulting in a biopsy that revealed DCIS—a noninvasive, early form of breast cancer. After an MRI, it was determined that I would need a mastectomy. My doctors and I decided to remove both breasts because I had a history of cancer in my family, and my mother had battled breast cancer just five years prior. While in surgery, doctors discovered that the cancer had micro-metastasized, and my sentinel node biopsy revealed invasive cancer. I was diagnosed with Stage IIA ER-/PR-, HER2+ breast cancer, and after that things got complicated. As the diagnosis changed, so did the treatment plan.

I went through a year of chemotherapy. I was also treated for iron-deficiency anemia, and I underwent multiple surgeries due to infections and other complications. Five years after my initial diagnosis, I’d had 12 surgeries—the last one to remove a small mass on my kidney.

Through it all, I made a point to be an active participant in the development of my treatment plan. I did a lot of online research and discovered that although there is useful stuff out there, contradictory information can get confusing and even cause more anxiety than peace of mind. I decided to trust my medical team instead and started carrying a notebook with me to write down any questions I had, so I could later ask my doctor.

During treatment I was extremely tired and suffered from blood loss, resulting in severe anemia. But the body is an amazing thing, and even after everything I put it through, my biggest side effect was fatigue.

The emotional impact was a bit harder to handle. I felt like I was being pushed and pulled this way and that, from appointment to appointment, for different scopes, scans and treatments. It was easier to just go with the flow than to stop and digest how I was really feeling. I realize now that I dealt with the emotions more after the fact than in the middle of it all. Now, looking back over the past five years, I can fully appreciate and understand everything I went through and what it all means.

My awesome family and wonderful friends were there for me every step of the way. I also had support from a local organization that offered support groups, exercise classes, nutritional information and even help finding bras and wigs. Having support from women who understand your journey and are living proof that you can survive is beyond measure. These women can help you realize that you’re stronger than you think.

It’s been an incredibly long road, but I’ve officially graduated from doctor visits every three months to an annual checkup with my oncologist. Although I’m still processing everything, I’ve come to realize that my cancer diagnosis helped me put a lot of things into perspective. I try to not sweat the small stuff, to be kinder to myself and others, and to accept that I cannot control everything.

I realize now that I am stronger than I ever knew. And so are you.