Life is a gift not to be taken for granted 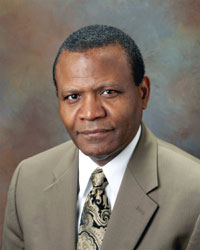 Life is a gift that Mervin G. Williams chooses not to take for granted — not his own, or any other man’s over the age of 40.

Diagnosed with early-stage prostate cancer in 2007, the former licensed realtor and senior mortgage loan analyst said the experience of facing his own mortality and beating the disease provided him with a clearer perspective and a new purpose.

Williams said his path to advocacy began during such a screening, after his family physician ordered him a prostate-specific antigen (PSA) test that came back alarmingly high. “

We got the tests back a week later and I was at a PSA of 16; considering that I’m usually less than 4, this was a bit of a shock.”

The PSA test measures the level of a substance made by the prostate that may be found in an increased amount in the blood of men who have prostate cancer. But while it is one of the more common tests used to detect prostate cancer, it is rarely, if ever, used alone. The U.S. Food and Drug Administration (FDA) has approved the use of the PSA test along with a digital rectal exam, but false positives are the rule rather than the exception. PSA levels may also be high in men who have an infection or inflammation of the prostate or BPH (an enlarged, but noncancerous, prostate), and can also show up in men who have had sexual intercourse prior to taking the test.

Williams said he took a PSA test twice more before finally getting a biopsy, which confirmed his diagnosis of prostate cancer.

“I honestly was not anxious when he told me I had cancer,” he said. “Because I had caught it early, my chances at survival were almost 100 percent.”

There’s nothing rare about prostate cancer, the disease affects roughly 240,000 men in this country each year, making it the most common cancer for males in the U.S. According to the scientists at the National Cancer Institute, more men are surviving longer after diagnosis and treatment because 90-plus percent of all prostate cancers are now diagnosed at a less-advanced stage. There are currently more than 2 million prostate cancer survivors in the U.S.

The key to early detection is that every organ in the body, save the pancreas, is encased in a “capsule.” Every capsule has four layers, and as long as a tumor doesn’t break through the last wall, the chance of the disease metastasizing, or spreading throughout the body, is dramatically reduced.

“I see it as, you do not die of prostate cancer, you die with it,” Williams said. “Of course, if you don’t go and get an annual exam, there is a chance that the cancer will exit the capsule and shut down other parts of your body, and at that point, your prostate is the least of your problems.”

Williams said after looking at his options, he decided to go with a laparoscopic, robotically-assisted procedure.

“They made two punctures on the sides of my stomach and went in through my belly button to get the cancer,” he said. “I stayed overnight in the hospital and was released the next day. I didn’t have any painkillers and all I really felt was more of a pressure in the area, rather than pain.”

Williams said he chose the nerve-sparing procedure because it allowed him to maintain a normal sexual life after the operation, but if the option hadn’t existed, he would’ve gone with the most aggressive treatment possible.

“I chose what I felt was right for me,” Williams said. “In my role as an advocate, I tell people about all of the treatment options available. The only bad option is not making a decision.”